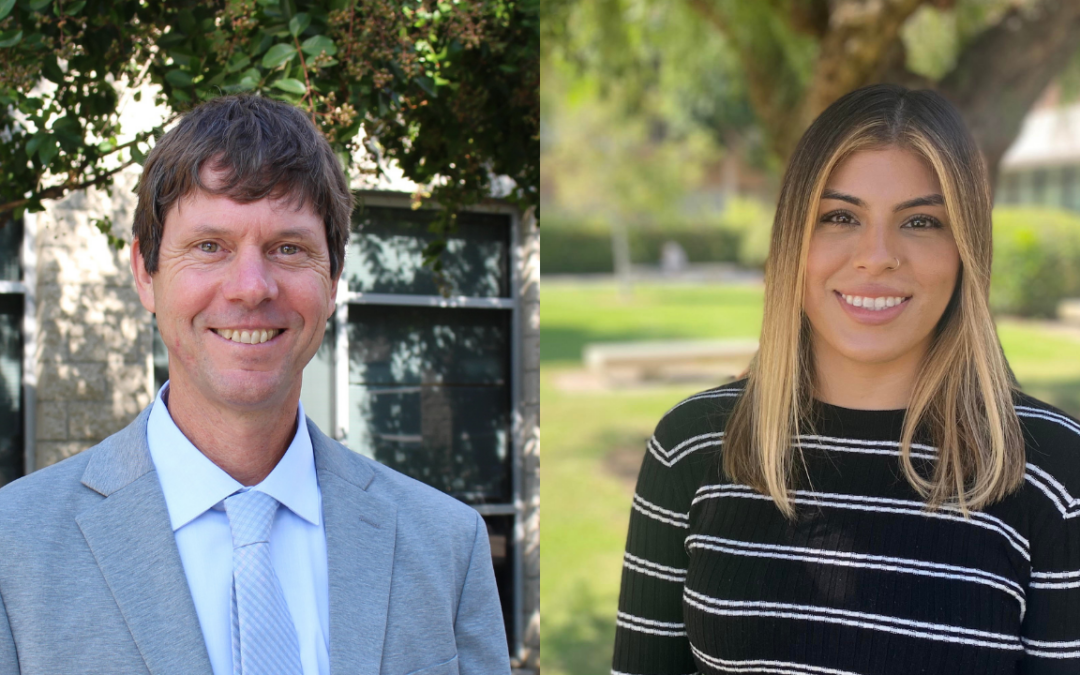 Growing Inland Achievement (GIA) is pleased to announce the addition of two new team members who began working in early September. Michael Wangler joins GIA as Director of Institutional Support and Alejandra Gomez as Coordinator of Research and Evaluation.

“We’re very excited about the addition of Alejandra and Michael to the team,” said Ann Marie Sakrekoff, Chief Operating Officer, at Growing Inland Achievement. “Both Michael and Alejandra have rich backgrounds in postsecondary education and share a passion for creating equitable educational opportunities for students. I have no doubt that they will be an asset to the GIA team and greater Inland Empire educational network.”

Michael Wangler brings over 20 years of leadership experience in the California Community College system, both as a faculty member and academic administrator. Since 2017 he has served as an academic dean at Citrus College, where he spearheaded major developmental educational reforms in mathematics that led to significant increases in success and completion rates in transfer-level mathematics, while also narrowing equity gaps among first-generation and low-income students.  He also oversaw Career Education at the college, where he developed an integrated pathways model that links adult education, noncredit and credit programs to serve the workforce development needs of the community. He lives with his family in the Inland Empire region of Southern California and looks forward to continuing his student-centered work in higher education in his new role as the Director of Institutional Support with Growing Inland Achievement.

Alejandra Gomez, a Los Angeles native, Alejandra’s passion for educational equity and education data is rooted in personal and professional experiences. She holds her undergraduate degree in International Development Studies from UCLA and a master’s of arts in Urban Education Policy from Brown University. Over the past eight years, she has worked in the K-12 system at the nonprofit level and more recently, in higher education as a Data Analyst at California State University, Long Beach. She is excited to take on the role of Data and Evaluation Coordinator at Growing Inland Achievement and support GIA’s data goals.